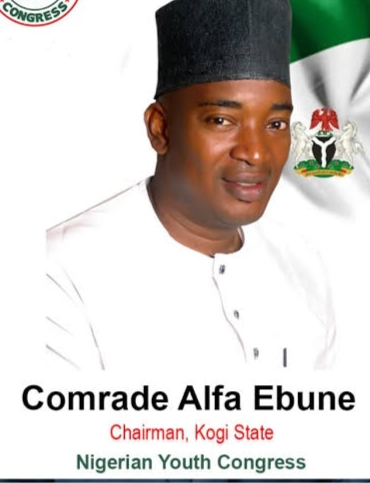 The ongoing rehabilitation of the Specialist Hospital lokoja and others health institutions under Governor Yahaya Bello has been described as landmark achievements.

Youth Stakeholder and leader of Nigeria Youth Congress, Kogi State. Honourable Alfa Ebune made the remark in lokoja while speaking with newsmen at N U J on the ongoing infrastructural development of health institutions in the state.

Hon Alfa Ebune stated that the achievements recorded in health sectors was second to none, adding that the governor has demostrated gennius leadership since assumption in office.

He called for the support from all and sundry to cooperate with his administration to achieve more on health sector development.

According to him, some hospital’s have not received the attention of government, urged him to extend his hands of fellowship, to meet the current global challenges.

The Youth leader also called on employees of government own health institutions most specially Doctor’s and nurses and other relevant stakeholders to carry out their official duties with most sincerity.

Alfa Ebune also expressed satisfaction with the performance of Chief Medical Director of the Kogi State Specialist hospital Professor Isah Adagiri Yahaya for putting the Specialist Hospital on pedestal of hope for the citizens.

The Youths Leader Commended the state Commissioner for Health Doctor Saka Haruna Audu for living up to expectations under the present administration of governor Yahaya Bello and urged him not to relent efforts.