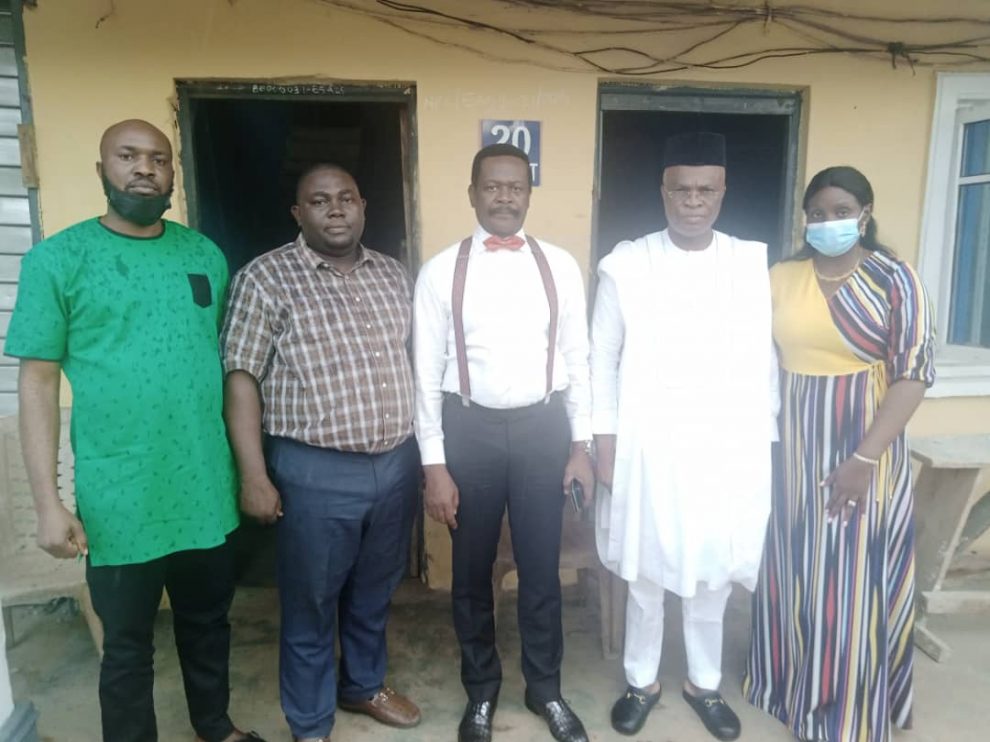 Edo state PDP big wigs, Ken Imansuangbon, Paschal Ugbome and others Party loyalist, today paid a visit to the  Imasogie family over the kidnap of the patriarch of the family Pa owere Dickson Imasogie.

It will be recalled that Pa owere  Imasogie was recently kidnapped at his farm by unknown gunmen.

The PDP leaders expressed shock over the kidnapping of Owere Dickson Imasogie in his farm on Monday by unknown gun men.

He appealed to the kidnappers to temper Justice with mercy by freeing the old man who is over eighty years.

Ken Imansuangbon, said Imasogie is a man of the people who believes in the  welfare of  every one.

According to him, ” Imasogie welcome every one as his son or daughter, so they  should please release the old man to enjoy his old age. He has paid his contribution to every one in the society.

He said the old man leaves on his sweet be, hence he was in the farm by 7 .am. At that age he wakes up as early as 5.am an prepared himself for the farm.

So many families who work in the farm depends on him for survival. Please free the old man