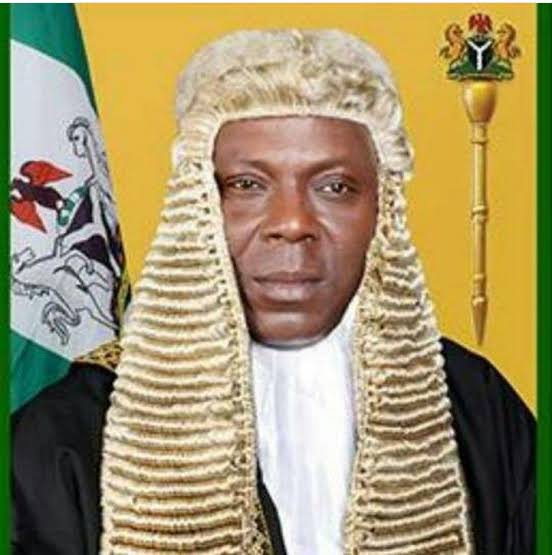 Plenary started with prayers from the Speaker, Rt. Hon. (Prince) M.O. Kolawole.
—————————–
House Motion 04: A Motion Calling on Distinguished Hon. Members to pass Vote of Confidence on His Exellency, Alhaji Yahaya Bello and his Administration.

1. That based on the Report of the House Committee on Public Accounts, clearing the Governor of any wrongdoing regarding the Bailout funds or its utilization, the House do pass a Vote of Confidence on Alh. Yahaya Bello, the Executive Governor of Kogi State and his Administration for prudently managing the financial resources of the State.

2. That, the House should condemn the EFCC for raising a false alarm to put the Governor and the State in bad light.

3. That the Economic and Financial Crimes Commission (EFCC) should tender a public apology to the Governor and Kogi State for the embarrassment.

While supporting the motion, Hon. Kilani Olushola Olumo noted that the GYB brand is precious to Kogites, and the House will not be allow it to be dented.

Hon. Dahiru Ahmed of Okene II Constituency who is a member of the Public Accounts Committee while supporting the motion noted that after due oversight functions and interface with parties, financial bodies and institutions involved, the allegation is just a mere one smear Governor Yahaya Bello because of his political ambition.

Hon. Musa Jimoh of Yagba East Constituency, while supporting the motion noted that the Commissioner for Finance, Budget and Planning was able to write to Sterling Bank, giving them ultimatum to reply in less than 24hours, so as to clear the name of the Governor and the State Government. He added the Bank replied swiftly, and indeed, put to false the allegations from the Economic and Financial Crimes Commission (EFCC).

Hon. Mohammed Tanko of Kogi/Koton’karfe Constituency supported the motion, noted that the House need not spend much time on an allegation that is as faulted and false as this.

Hon. Edoko Moses of Dekina/Biraidu Constituency while supporting the motion stressed that the allegation is false.

A Vote of Confidence is hereby passed on Governor Yahaya Bello against the allegation from EFCC.
—————————–
Adjournment.