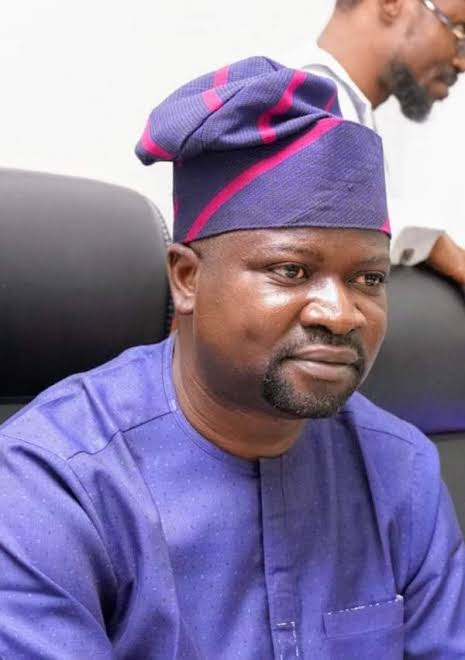 The Kogi state Commissioner for Finance, Budget and Economic Planning, and a Critical stakeholder in Okun Nation, Hon. Asiwaju Asiru Idris, has called on Okun sons and daughters to pull all resources at their disposal to ensure that Gov. Yahaya Bello contest and clinch the presidency come 2023.

The Commissioner who is the AARE AFIWAJOYE OF ISANLU KINGDOM, in a paper titled: SETTING THE OKUN AGENDA FROM THE GRASSROOT; MY POSITION, made the call in a paper he presented at a town hall meeting of Okun nation held in Isanlu, headquarters of Yagba East on September 14, 2021 .

He said , the call has become imperative for the Okun nation, that has not have it so good like it is presently doing under the administration since the creation of the state, to reciprocate total support for the Bello presidency, which he noted will be highly rewarding to Okun Nation.

Also Read This:  GOODWILL MESSAGE TO ALL WORKERS IN KOGI STATE IN COMOMERATION OF THE 2020 WOKERS' DAY CELEBRATION BY THE UNITED LABOUR CONGRESS OF NIGERIA ( ULC ), KOGI STATE COUNCIL.

He explained that, although, the Okuns have their distinctive history, culture, shared values, tradition of excellence, these attributes have started to nosedive, saying the recent town hall meetings was meant to dissect constructive conversation and to restore the lost values.

According to him, the people should view politics from the realm of advancing the course of good governance through the provision of democratic dividends to the people with utmost orderliness.

“Therefore, to bring stability and orderliness to the polity; the factor of Equity, inclusiveness and fairness must not be jettisoned. Hence, Rotational model is most suitable to achieve the above.

” However, many may emphasise on capability and competence to pitch tent with the non zoning method, I make bold to say men and women of great capacities and character exist in all the zones.

Also Read This:  Kogi Council Polls: Under Gov. Bello No LGA Has Paid Up to 50 percent salaries, Reason SDP Would Participate To Provide Alternative - SDP CHAIRMAN

“The prerogative to choose should be left in the hands of the electorate to choose. For me, rotational system will mitigate tension, political rift and crisis in our polity. It breeds unity and understanding” He counselled.

He added that in order to achieve desired political equilibrium, the people should insist on feed back mechanism to measure the stewardship of their representatives which will weigh their political progression.

He charged the Okun Nation to optimally exploit abundance mineral and human resources within their domain to enhance quality of lives of the people, stressing that the government of Alhaji Yahaya Bello has embarked on massive development projects that could change the ugly narrative of the area.

While listing some of the infrastructure development attracted to the area under the present administration to include, Omi rice mill, assumed to be the biggest in the Northern Nigeria, urged all actors in the informal sector to avail themselves the opportunity offered by APPEALS, IFAD, KG-CARES, KEDA, FADAMA, NEWMAP and RAMP to improve their Socio-economic lives.

While commending the frontiers and members of Okun Patriots for counting it necessary and audaciously taking a step towards bringing back the shining Glory of Okun Nation, through the convocation of Okun Development Initiative, applauded Chief Femi Ajisafe led committee for his roles in uniting Okun sons and daughters.

Post Views: 89
Share This:
TagsAsiwaju calls on Okun Sons and Daughters to add their voices to the call on Gov. Bello to Contest for Nigeria's President.