Kogi state-born promising song writer and singer, who also doubles as the Chairman and Chief Executive Officer of Money Matter Gang (MMG) ,Young Tizee has disclosed that, what gives him joy most is serving humanity. 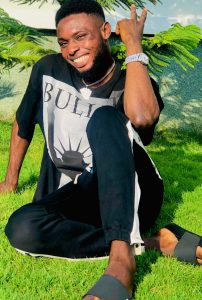 Young Tizee,who won the best young Afro beat artist of the year in Kaduna State recently said this during an event; while reacting to questions from journalists, he expressed amazement at the realisation of the number of persons listening to his music. He said “I didn’t know that many people watch and listen to my song.

In a chat with Journalists,he emphasized that, whatever one does,it was important one do it well,because the world is seriously taking note,adding that hard work has brought him this far.

Aside the showbiz interests Tizee emphasized that, seeing people going through tough times pains him a lot,stating that, it hurts more when it’s obvious that he doesn’t have much resources to bless everyone according to his wish,stating that,if he does,he could have made everyone a king on his lane.

“I am a hustler and I believe in hustling,I always respect those who made their money through the legit means. Making money in this country is very hard right now. There is this saying that,the only way is the hard way. This particular line always motivate me, to do more and by his grace,God has never turned his back against me.”

Speaking on the state of the nation, he said things would work out fine for the country, and the poor will enjoy the fruit of their labour one day;if the leadership at the national level can be fair to all, and the country is run purely and absolutely on merit.

The Wire de Wire crooner said, “Nigeria has every resources to be a promised land we all desire,it is made up of brilliant people. However, most of our leaders are not realists. We are full of tribal sentiments, and we are not honest. That is why the system is not working.”

He however frowned at how people criticise and judge others for striving through thick and thin in ensuring that they make ends meet. He added that,people do not have any legal right to judge others.

He said, “Today, many people put concerted efforts, to find out the source of people’s fund,but they don’t leave out time,or have a thought of how these persons are suffering. I don’t belong to that category and I wished not to. I don’t judge people and I don’t want to be judged wrongly by others as well.”

Also Read This:  Agabaidu: Baba Ojonugwa Releases New Album .....Says Every generation deserves the kind of Music they get.

He called on Nigerian youths, to take what they’re doing seriously because of people who depend on them for survival.

He noted that, “We need to help one another,and it should not limit to family circle, because you don’t know who might help you tomorrow or your children.”

When asked on whether he is likely to move down to Lagos,Tizee has this to say ” like I told you earlier,it gives me joy to impact humanity. I can be any where,as long as I have a legitimate source of survival. However, one must not rule out such possibility, because this showbiz and entertainment industry could take one any where and at any time.” 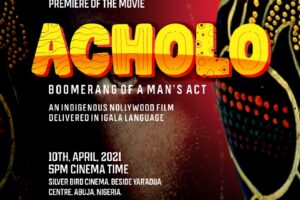