There is something in the mien of Alhaji Zakari Ahmodu Dangana, which magnetizes a first time visitor to him. His dove like nature, his warmth, confirms that this is a true leader, deserving of leading his people.

Born precisely on the 3rd of January, 1940, Alhaji Dangana was born in Minna Niger State, to the family of Late Alhaji Ahmadu and Hajia Fati Dangana. Alhaji Z.A grew up as a devoted Muslim. A man who finds quality time for every class of person that he comes across. The Edo State born, Alhaji Z. A. Dangana is of Ibie extraction in Etsako East LGA.

His Late Father, Alhaji Ahmadu Dangana worked with the last British Resident Administrative Officer in Lokoja. His Father’s office and residence was located in the present day residence of the Kogi State Deputy Governor.

Alhaji Dangana, the about to be turbaned Shugaban Afemai of Lokoja, Started his early educational pursuit in his village of origin in 1952 but completed his senior primary 7 at Baptist Day School, Kaduna in 1958, where he bagged his First School Leaving Certificate.

After completing his standard 7, the young Alhaji Z. A. Dangana served as an apprentice for one year in Alhaji Muazu and brother’s workshop in Kaduna.

Young Alhaji Z.A Dangana was to return back to the village but as fate would have it he joined his father in Lokoja, this changed the course of his life as that marked the beginning of his living in Lokoja, now the Kogi State Capital.

Alhaji Z.A Dangana can recall with nostalgia how he celebrated the Nation’s attainment of independence in 1960 in Lokoja.

Immediately he settled in Lokoja, the young Alhaji Z.A Dangana attended Arabic Classes in the Late Alhaji Ibrahim Nagirgi’s Islamic Institute in Madabo Area of present days Lokoja. Not minding the distance from the present day Deputy Governor’s residence where he was living, his quest for Arabic knowledge saw the young Alhaji Z. A Dangana having to trek to Madabo, every day in the week, except on Thursdays to accomplish his quest to acquire Islamic Knowledge.

Similarly, for a period of Three Years, under the tutelage of one Mr. Boniface Onukwo, the young Alhaji Z.A Dangana learnt the Art of Photography, graduated with flying colours in 1963.

Upon completion of the Three years course in photography, the young Alhaji Z.A Dangana established his own photo studio popularly known till date as Noble Zak and Brothers Photos in Lokoja. It is important to state that under his watch, he has trained several accomplished younger photographers who today are all over the world doing exploit in the field of modern day photography.

Alhaji Z.A Dangana is a man of many parts, whose life in patriotic service is worthy of emulation, he was one of the pioneer members of Lokoja Club 1901 and served at one time as Assistant Secretary under the leadership of Mr. C. J. Oduma who was at that time the Barclay’s Bank Manager in Lokoja.

He also had a remarkable attainment when he served as the first Social Secretary of Lokoja Club1901. He made history to be the first person to invite a live band to the Club.

A man who has proven over the years to be a leader worthy of following, having shown many the path to greatness. Alhaji Z. A Dangana was the first PTA Chairman of St. Anthony’s Primary School at the inception of the school in Lokoja. It is worthy to also note that all his children passed through St. Anthony Nursery and Primary school, Lokoja, another feat that speaks volume about his religious tolerance even as a devoted Muslim.

Also Read This:  THE PATRIOTIC AND PRESTIGIOUS SERVICE TO HUMANITY AND PROFILE OF RTD, ALH. YUSUF UMAR ANTU.( KAIGAMAN OF POSTISKUM)

In the field of politics, Alhaji. Z.A Dangana’s loyalty to the cause of the down trodden through selfless and sincere services is worthy of emulation. He at one time served as the People’s Democratic Party Chairman in Ward “A” of Lokoja for two term. His tenure during the President Olusegun Obasanjo’s tenure, saw the party witnessing peace, progress and prosperity for all its members in the Ward by reason of his intimidating credential as the party’s chairman.

A very religious and modest man, Alhaji. Z.A Dangana who many say is highly favoured by Almighty Allah by reason of his modest accomplishments equally served as chairman of Afemai Progressive Union, Lokoja for two tenure. He took over the mantle of leadership of the union from Pa. Andrew Umoru.

From a humble beginning, but through hardwork, sincerity, commitment to duty and service to humanity, Alhaji Z.A Dangana may not be rich in terms of Naira and Kobo, but if juxtaposed by the respect and dignity he has earned, it is not out of place to describe him as a wealthy man in followership, transparency and in dignity.

As far back as 1972, Alhaji. Z.A Dangana bestrode the landscape of Lokoja with a Volkswagen bettle he bought at 250 pounds, is a man who lives a modest life in simplicity and with the fear of God.

Also Read This:  NEED FOR STATE GOVERNMENT TO FULFILL HER PROMISE TO PEOPLE OF KOGI EAST.

A man who believes that in life to have more, is for you to first become more to others in service, in 1985-1986, and in recognition of his services to humanity, he earned a presidential recognition of an outstanding award as “You are the key” as a Rotarian, presented to him by the Rotary Club of Nigeria.

The value of a man and the value he places to life can be determined by the power and what he is able to receive as stated by Albert Einstein, little wonder in his Sojourn in life, amongst his numerous accomplishments, Alhaji Z.A Dangana, can best be described as a man who is happily married with children, a family life that has produced an outstanding Engineer, two practicing lawyers and many others who are doing exploits in their various fields of endeavours.

Amongst the hobbies of Alhaji Z.A Dangana, a man many refer to as a distinguished visioner of unlimited possibilities is his love for watching Football, relaxes to the matured tunes of highlife and sentimental music amongst others.

Your Royal Highness, the Maigari of Lokoja, Alhaji Muhammed Kabir Maikarfi 111, OON, FKSP, Ladies and gentlemen, it is on this note, that I present to you a man whose life is about services to humanity, copious in modest achievements, forthright and above all having an unsurpassed humility, Alhaji Zakari Ahmadu Dangana, to be Turbanned as the Shugaban Afemai (Onogie 1) of Lokoja. To God Be The Glory! 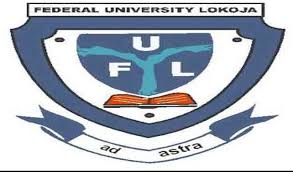 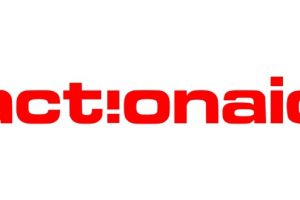 ActionAid Releases Communique after a 2-day Media Master class for Journalists in Kogi and Nasarawa States.