The Voting Against electronic transmission of results at this age and time of Nigeria’s by the National Assembly has been described as sad and most unfortunate development to to nation’s democracy.

The State Treasurer of the Peoples Democratic Party in Kogi State, Hon. Alfred Bello stated this in a chat with the Newsmen, expressed be disappointment that the saddest part of the National Assembly’s action was the ursupation of the function of the Independent National Electoral Commission responsibility to NCC by National assembly.

The former Lawmaker described as unfortunate that the NCC lied before the National Assembly, lamented that it was the same NCC that
gave contrary information to the report they released in 2020 on the level of network coverage in Nigeria.

Hon. Alfred Bello express worries that the present National Assembly may not be able to take critical decisions on INEC request at critical time of an election without resulting to controversies.

According to the former Lawmaker, ” With this crop of National Assembly Members, particularly the Senate, I doubt if they will not murder democracy in 2023.

Barr. Alfred Bello urged Nigerians not to however despair in the face of the current happenings, said at the appropriate time, the collective will of people will prevail. 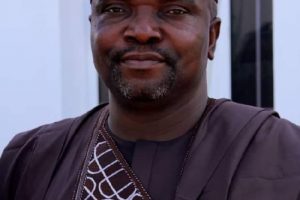