The Kogi State Commissioner for Finance, Budget and Economic Planning, Mukadam Asiwaju Asiru Idris has showered encomium on Gov. Yahaya Bello for establishing a youth development commission, says once again Gov. Bello has scored another first in the country.

The Commissioner in a statement described Gov. Bello by this recent achievement as fit, capable and a sure bet for the nation’s Presidency come 2023.

He said with the huge support of women and Youths across the country, it is now a sure victory for Gov. Bello as the highest voting demograph is solidly behind him.

Mukadam Asiwaju Asiru Idris said the Commission which is a bid to further drive youth active involvement in policy making, and governance is a milestone achievement, lauded the Governor for been sensitive to the question of youth involvement in Governance.

The Commissioner notes that the Administration of Governor Yahaya Bello has once again set a pace for others to follow and has won the greener part of the hearts of many Nigerian youths praised the Governor for his ever-zealous efforts in youth inclusion in politics and active governance.

MAAI admonished the Chairman and members of the Commission to make the desired impactf by working closely with the present to obtain the best attainable result and objectives for setting up the Commission.

BREAKING: GET ACQUAINTED WITH THE MAIN OBJECTIVES OF FCMB/PHILIPS CONSULT SCHEME 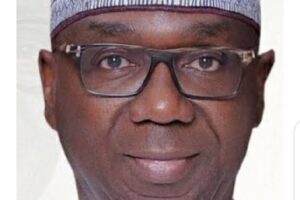