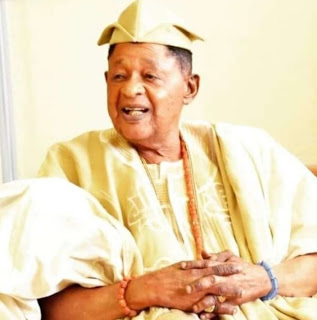 The Alaafin of Oyo, Oba Lamidi Olayiwola Adeyemi 111, has decried the current level of insecurity as what the country has never had before.

The monarch, in a statement on Sunday, likened the current situation to the 1967 crisis during the early period of military interregnum.

He said the current situation requires that all Yoruba leaders should come together irrespective of political differences and speak with one voice as done in the days of the late Chief Obafemi Awolowo.

Oba Adeyemi said restructuring of Nigeria is a major solution, which Yoruba should push further this time.

The statement, which he personally signed, reads: “If there is anytime the Yoruba should come together and speak with one voice, this really is the time.

“Whether in terms of security or human welfare including safety of lives and property, I make bold to say that things have never been so bad in the country. This time is really an era of ethno-religious suspicion among our various communities.

“The present state of national uncertainty can best be compared with the situation in 1967 during the political crisis during the leadership of General Gowon.

“I recall with pleasant nostalgia that during the time, Yoruba leaders across different political parties sank their political differences and met in Ibadan under the governorship of General Adeyinka Adebayo.

“On that occasion, Yoruba unanimously chose the sage, Chief Obafemi Awolowo not only as leader but as the authentic spokesman of the Yoruba. It was the success of Awolowo leadership that kept the Yoruba away from any kind of civil war in spite of all temptations.

“Coming back to the present, suffice to say that the word restructuring, which we are all demanding now is not a new phenomenon in our national polity; only that it has changed its name.

Also Read This:  Education as a Tool for Democracy.

“Thanks to the political foresight of the late Chief Obafemi Awolowo who, at all constitutional conferences in the pre-independence years, insisted on true federalism as the bedrock of political survival and stability of the country.

“On account of that ideological doggedness, he was called so many names, including being a tribalist by his political opponents.

“History cannot forget so soon the Owo meeting when Afenifere under the leadership of Awolowo was ideologically perfected for the welfare of the people.

“The ideological blueprint of Afenifere were based on:

1. education of all children of school age and the general enlightenment of all illiterate adults and children above school age.

2. provision of health and general welfare for all people and the total abolition of want in our society by means of economic policies which were both expedient and effective.

“I understand it was their concept of love for mankind that the word Afenifere was coined. It is on a very happy note that in contemporary time, we still have disciples of original Afenifere with Awo’s doggedness and determination in pursuing public welfare interest without any hope of material gain.

Also Read This:  The insecurity situation in Nigeria.

“From the days of Pa Michael Adekunle Ajasin down to Abraham Adesanya and now Pa Reuben Fasoranti, the Afenifere leadership has always been consistent in pursuing political leadership for the Yoruba race.

“In this respect, one thing I share with them in our national polity is restructuring. The present system we are running is more unitary than federal. The situation in which the state is totally handicapped for security logistics of the state cannot be the dream of our political fore-bears.”

Education as a Tool for Democracy. 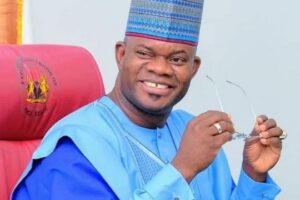 THAT GUMI’S OUTBURST ON THE MILITARY.
KOGI POLITICS: TWENTY-TWO (22) YEARS AFTER WHERE IS OGORI/MAGONGO IN THE HOUSE OF REPRESENTATIVE EQUATION ????
Comment