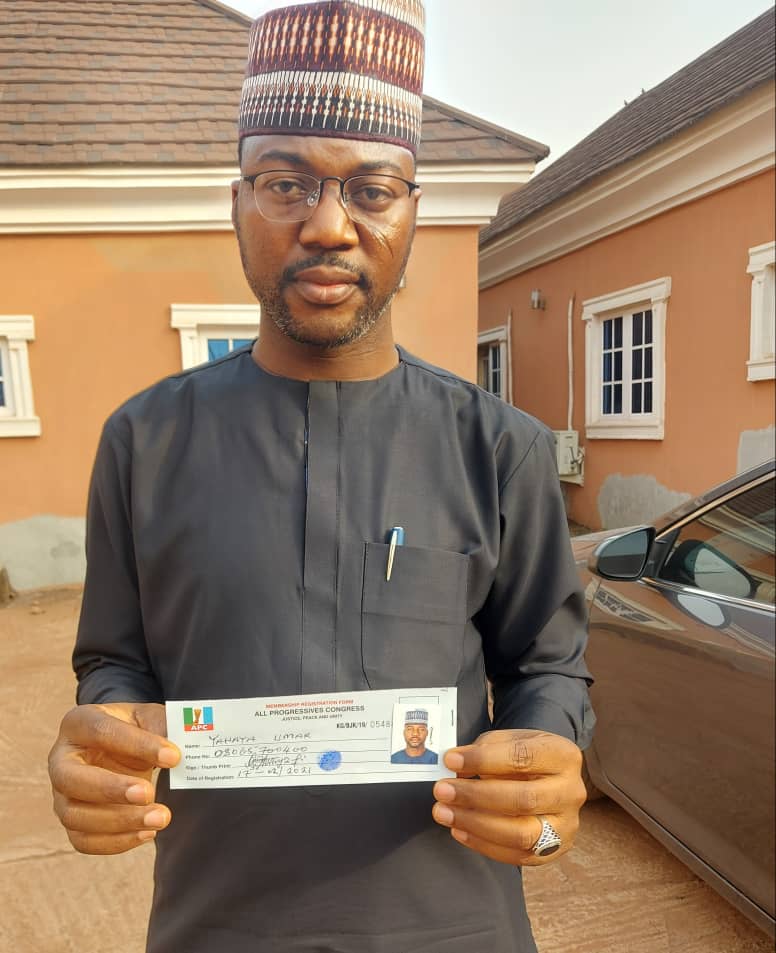 Alhaji Umar Yahaya did the revalidation of his APC membership amidst jubilant supporters and APC faithfuls, described the Party as the vehicle that would bring prosperity to the people of the State.

Alh. Umar Yahaya described the exercise as a milestone in repositioning the party for greater efficiency, urged those who are yet to join the APC train to take the opportunity to join the winning team and partake in building a strong and virile Kogi State.

Also Read This:  Schools to re-open for WAEC candidates

Speaking to the press after his successful revalidation exercise, he urged Youths in Omala LGA, the Eastern Senatorial district and Kogi State at large to continue to support the GOVERNOR of Kogi State Alh. Yahaya Bello who is the Chairman of Youth, Women and People Living with Disability Mobilization and Sensitization Committee of the APC Registration and Revalidation of membership.

He thanked the people for their call on the Governor to seek the seat of the President of NIGERIA come 2023, adding that it was a call in the right direction.

He commended the smooth process of the exercise, said the monumental achievements so far recorded by the Governor and the plead for him to go for the Presidency in 2023 has informed the large turnout of people for the revalidation.

Alhaji Umar Yahaya assured the people of Omala LGA of his continued support for the APC, thanked them for the show of love and acceptance shown to him during the revalidation exercise.

Alhaji Umar Yahaya was a Chairmanship Aspirant in the last local government Election held in the State.