Preamble
According to the Belgrade Call to Action (2019), over six billion people are living in countries where there are serious constraints on civic space: the conditions are closed for civil society in 23 countries; civil society is highly repressed in 35 countries while civil society faces substantial legal and political obstacles in 53 countries. Civic actors across many sectors are being threatened and persecuted – including those supporting and representing rural communities, indigenous peoples, journalists, trade unions, women’s rights activists, LGBTQ activists, youth, people living with disabilities, and environmentalists.

Despite promises of action by many United Nations Member States (including Nigerian State) to “reverse the trend of shrinking civic space wherever it is taking place,” (Nairobi Outcome Document, GPEDC) attacks on CSOs, social leaders and human rights defenders, and the deterioration of enabling environment for CSOs (GPEDC 2019:8) continue unabated. Nigerian NGOs, Community Development Associations, Academia, Human rights activists, LGBT groups, National Youth Council, opposition politicians all have been engaging governments on the need to make governance participatory, open and accountable and respect the rights of the citizens.
CSO Partnership for Development Effectiveness (CPDE), a coalition that works in 117 countries including Nigeria as a platform that unites civil society organizations from around the world on the issue of effective development cooperation (EDC). The coalition, in partnership with the CAFSO-WRAG for Development, a foremost civil society organization in Nigeria held a One- Day *Multistakeholders’ Capacity Building Workshop on Policy/Advocacy on Shrinking Civic Space and Effective Development Cooperation in Nigeria*.

Objectives:
1. To strengthen CPDE membership with policy advocacy skills on the issue of shrinking civic space so as to be conducting action, mass mobilization, and other activities geared at influencing relevant official policies, programmes or processes.
2. To increase, broaden, and expand CSO constituencies in advancing CSO enabling environment, and monitoring EDC principles and implementation.

Observations:
Participants observed:
1. The federal government is churning out restrictive and repressive laws and disabling conditions that hinder the full operation of CSOs, and arbitrary policies, especially for those working in critically sensitive environments.
2. The low participation of citizens and citizens groups in the governance process at all levels of governance in Nigeria.
3. High level lack of transparency and accountability at all levels of government.
4. Deliberate effort by government at all levels to stifle the civic space.
5. Inconsistent capacity building for citizens and citizens groups on strategies for engagement with government officials.

Conclusion:
Participants thanked CAFSO-WRAG for Development with support from CPDE for providing the platform for this engagement. The meeting that successfully elected the leadership of the CPDE National Advocacy Group on EDC, also resolved to continue to respond EDC principles and acts capable of sustaining the country’s nascent democracy. CSOs request ask that government recognise, by developing mechanisms, the multiplicity of the roles and functions of CSOs, people’s movements, and trade unions CSOs as independent development actors in their own rights according to paragraph 22 of the Accra Agenda for Action.

Post Views: 769
Share This:
TagsCOMMUNIQUE ISSUED BY PARTICIPANTS AT THE END OF A ONE-DAY NATIONAL MULTISTAKEHOLDERS WORKSHOP ON SHRINKING AND CLOSE CIVIC SPACE IN NIGERIA ORGANISED BY CAFSO-WRAG FOR DEVELOPMENT IN COLLABORATION WITH CSCSD AND WITH THE SUPPORT OF CIVIL SOCIETY PARTNERSHIP FOR DEVELOPMENT EFFECTIVENESS HELD IN IBADAN OYO STATE NIGERIA ON MONDAY 11TH JANUARY 2021.

THAT SHAMELESS PERCENTAGE PAYMENT OF SALARY. 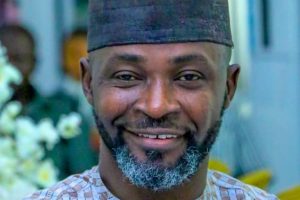 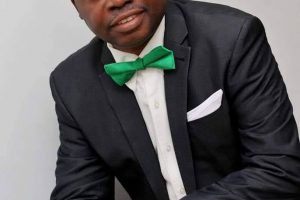 Momodu’s Owners Of Nigeria And The Urgent Need For Change Of Ownership.