The Kogi State Commissioner for Education, Science and Technology, Hon. Wemi Jones, FCIB has congratulated the State Security Adviser to the Governor on his birthday.

Jones, in a congratulatory message issued by his Media office on Saturday in Lokoja lauded Omodara’s outstanding accomplishments as the State Security Adviser.

He described Jerry as a quintessential friend, a true progressive, a team player, a goal getter, a loyal and true supporter of the new direction agenda of His Excellency Alhaji Yahaya Adoza Bello.

“On behalf of my family and the State ministry of Education, Science & Technology, I felicitate with our brother, Commander Jerry Omodara on the occasion of his birthday.

“As you reach this privileged milestone in life today, I pray the Almighty God grant you more years of sound health, wisdom and strength to continue to serve the people of Kogi State in particular and humanity in general.

“Happy birthday to you, a worthy
brother,” Jones added.

Post Views: 5
Share This:
Related Topics:Kogi Education Commissioner Congratulates Commander Jerry Omodara (Rtrd) On The Occasion Of His Birthday*
Up Next

The Peoples Democratic Party (PDP) protests the clampdown on its governors by security agents in Benin City, Edo state capital, ahead of Saturday’s governorship election.

The national leadership of the party, in a press conference addressed by the PDP National Chairman, Prince Uche Secondus, alerted the nation and the international community of the security siege on PDP governors in their lodging in Benin City.

The party expressed shock that security agents were detailed to surround the lodging of our governors to harass and intimidate them, whereas APC governors, including the governor of Kano state, Abdullahi Ganduje, his Imo state counterpart, Hope Uzodimma as well as the Deputy President of the Senate, Senator Ovie Omo-Agege, are left free in the comfort of the residence of the sacked national chairman of the APC, Adams Oshiomhole in GRA, Benin City.

Our party considers this siege as provocative and completely unacceptable as there cannot be two sets of laws for the citizens of our nation. In as much as the APC governors are given the liberty to stay in Benin City, our governors must not be harassed or stampeded to leave the state.

At any rate, we are confident that our governors will not allow themselves to be stampeded.

The PDP calls on all stakeholders in the Edo governorship election, particularly the security agencies, to work towards a peaceful, credible, transparent, free and fair election on Saturday.

Also Read This:  I SALUTE NIGERIAN PARENTS AND I SAY WOE UNTO THE YAHOO YAHOO LEADERS.
Post Views: 6
Share This:
Continue Reading

Emergency Management Agency (NEMA) on Friday in Lokoja reactivated it’s Humanitarian Coordination Forum (HCF) in Kogi State as part of preparedness for the looming flood disaster in some part of the state.

Speaking at the event, NEMA Head of Abuja Operations Office , Mr Bitrus Samuel said that the reactivation of the forum was to ensure effective and efficient coordination of activities when the floods come.

He said that the forum would largely be responsible for the success of response to the disaster which he said will come with humanitarian crises.

Samuel explained that the forum made up of critical stakeholders in disaster management will develop strategies and set direction for the required response.

Also Read This:  *MAAI mourns the death of Hon Umar Dansebe Ibrahim,describes his death as pathetic and shocking, pathetic

He urged the people in the council areas to brace up for a higher magnitude of flood similar to the 2012 experience, saying that the flood will come anytime from now.

The Officer cited the River Niger current flood level of 7.02 metres as a clear indication that the flood was on the way, saying that the country would be at the receiving end , being at the lower part of the river.

According to Samuel, the forum should quickly put in place search and rescue and response measures so as not to be caught unaware.

He also charged members to identify high grounds for use as camps for people that will be displaced as a result of the flood.

The News Agency of Nigeria (NAN) who was at the forum’s meeting reports that it is made of representatives of the Red Cross, Navy, civil defence , media, marine police, fire service, Air Force, members of civil society and relevant ministries and departments.

Speaking at the event, the Special Adviser to the state governor on emergency and environment, Imam Salih Adams described the reactivation of the forum as a timely intervention.

He also described it as a relief to residents who he said are already griped with fear over the impending disaster.

Adams said that the state government under the leadership of Gov. Yahaya Bello placed too much premium on life and property and had in line with this put in place measures to mitigate the effects of the flood.

He promised that government will make available all necessary needs and cooperation to the forum but harped on the need for members not to betray the trust reposed in them and ensure efficient use of resources that will be put at their disposal.

Flood sacks over 70 communities, displaces over 50,000 persons in Kogi

Flood from the River Niger has submerged over 70 communities and over 50,000 people have been displaced from their houses in different parts of Kogi State.

Residents of some of the communities spoke in Lokoja on the sidelines of a stakeholders sensitisation/advocacy meeting on 2020 flood that the flood had wreaked havoc in the affected areas.

They said that the communities have been experiencing massive flooding for the past five days.

One of the residents, Mr Ibrahim Abdullahi, who is also the Desk Officer in charge of ecological and emergency matters in Kogi Local Government Council, said that 66 communities had been submerged by flood in the area.

Abdullahi said that over 50,000 people have been forced to evacuate their houses and are now being accommodated in schools, fueling stations and other makeshift buildings.

He said that some of the victims in Edeha and Koton Karfe communities have been sleeping on roads and other open places, co-habiting with mosquitoes and dangerous reptiles.

He said that schools have been closed as they have been converted to temporary camps for the victims, calling for urgent intervention from the State Government and the National Emergency Management Agency (NEMA).

The desk officer said that the victims have lost their means of livelihood to the flood, as their farms and livestock were also washed away by the rampaging floods.

Similarly, the Chairman of the Flood Committee in Ibaji Local Government Area, Mr Omonu James, said that floods had sacked thousands of residents from their houses in the area.

James said that the problem of the victims was compounded by the area’s terrain as it had no upland for them to relocate to.

Accordingly, he said, all the 26 schools in the council had been converted to camps for the displaced persons but said that the camps lack basic facilities.

He added that one death, that of 17-year-old Michael Egwuaba, had been recorded since the floods started, but that the number could rise if urgent measures were not put in place to mitigate the effect of the disaster on the people.

In Lokoja metropolis, many residents living along the bank of River Niger and other flood paths have been forced out of their houses by the floods.

The situation is said to be very grim in the suburb communities of Egan, Konami, Buzih, Ebwa, Even, Lagan Budan, and Gbuj,e where residents had been forced to relocate to the neighbouring Niger State.

They appealed to the government to quickly come to the aid of the displaced persons, especially in the area of provision of water, drugs, blankets and mosquito nets for the victims.

Gov. Yahaya Bello who declared open the meeting said that a substantial amount of money had been released to purchase drugs, food, water and other relief materials for the victims.

Bello, who was represented by his deputy, Chief Edward Onoja, also directed that 21,000 youths recently engaged under the Federal Government’s public works programme be deployed to help in the rescue operation.

The NEMA Director in charge of training, Mr Mohammed Usman, said that incessant flooding had become a serious threat to the country’s efforts at becoming self-sufficient in food production.

Usman said that nine local government areas in Kogi were among the 102 in the country that had been identified as highly probable risk areas for flooding in 2020.

He called on the state government to urgently take preventive and mitigative measures to reduce the impact of the flood on people and the economy of the state.

He said that NEMA would also, in line with the Federal Government’s directive, assist the victims to find their feet and go back to farms as soon as possible.

Stakeholders at the meeting, including, the Red Cross, Navy, Civil Defence, Police, NIMET, fire services and the media all expressed their readiness to make their services available to the government.

The Navy, marine police, civil defence, Red Cross and the fire services assured that they had enough men and equipment on the ground to confront the disaster.

Mr Julius Mejayan, Executive Secretary, KOSEMA, said that highlands had been identified and camps established across the nine local government areas prone to the disaster.

He listed the council areas as Bassa, Lokoja, Kogi, Omala, Idah, Ibaji, Dekina, Ofu and Igala-mela, warning that residents must be ready to move at any time from now. 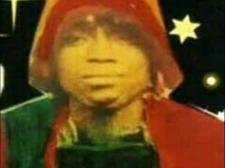 The Ebiras Vs The Igalas: The Etymological And Scientific Truth At Hand In The Ownership Of Ajaokuta And Lokoja -By Momoh Yakubu 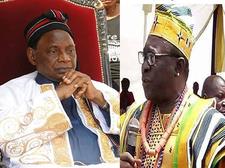 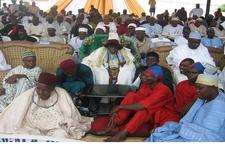 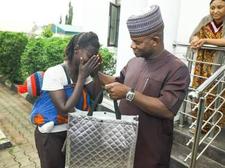