Another good news has hit Lokoja, he Capital of Kogi State, thus bringing relief to residents, amidst the challenges of the covid19 lockdown currently ravaging the world.

The news which has sent excitement to Lokoja residents is not far fetched but the berthing of CENTENARY NATIVE POT, an eatery with the motto, Eat Well Live Long.

The top class eatery Service centre is owned by Dr. Moses Abu, who says Centenary Native Pot, has its strong point in maintaining the highest level of hygiene standards in the preparation of their food, bread and water.

Also Read This:  Edward Onoja To Build a Home At Odu Kaka

Speaking with The Nigerianpost Newspaper, Centenary Native Pot according to Dr. Moses Abu is now in Lokoja to offer varieties of African and intercontinental delicacies, pointing out more importantly that the services to be offered is within the reach of the common man.

Centenary Native Pot according to the Proprietor, has outlets in Ayingba, Keffi and in other places, but decided to harken to the call to offer quality services to Lokoja residents, with the view to creating home away from home, and to meet customers satisfaction.

The eatery currently has fourteen staffers, which according to the Proprietor would major in food, bread and water, with an assurance that Centenary Native Pot would be the best place to be.

Inspite the harsh economic challenge for entrepreneurs, Dr. Moses Abu says he is optimistic of making success with his products in Lokoja, said, ” I’ve an inner strength inside of me that tells me I’ll succeed and that has been my success story in life”.

The Proprietor advised other entrepreneurs to stay on, Inspite the harsh economy, maintaining that despite the difficulties, he is still able to and without government support which he is not asking for, sustain the Centenary Native Pot.

At the official inauguration of the eatery, Pastor Samuel Enejoh, Pastor in charge of Strong Tower Parish, RCCG, Lokoja, dedicated the business to the glory of God, and prayed for the success of the Centenary Native Pot in Lokoja.

For now and according to dignateries who attended the occasion, all described Cantenary Native Pot as the alternative place, regaled in the environment and appreciated the quality of food served with the highest level of courtesy by the waiters. 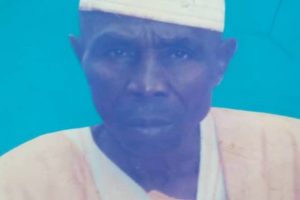